Saxophonist Jess Gillam is proving to be a breath of fresh air for BBC Radio 3 and for classical music in general. Her combination of passionate artistry, technical flair and down to earth presentation is ideal, and brought colour to a dull Monday in October. Her spoken introductions between the pieces in this concert had a nicely judged patter, showing someone at ease with an audience and enthusiastic about the music she plays. The refreshing lack of pretence fed into the inspiring performances too. Gillam was helped by a very well chosen programme of music showing off the versatility of her instrument, in doing so covering a rich variety from the last 300 years.

The Pequeña Czarda of Pedro Iturralde was an ebullient first piece and a sign of things to come, placing the first earworm as well as showing off Gillam’s technique and Zeynep Özsuca’s colourful accompaniment. It draws the odd parallel to Midnight In Moscow in its slow passages, and both performers caught the contrast between these and the helter-skelter faster music.

The Marcello Oboe Concerto in D minor, transposed down a tone into C, illustrated how well works for oboe can transcribe for the saxophone, especially when played with as much control as there was from Gillam and Özusca here. The saxophone is a much louder instrument but Gillam really enjoyed the subtle colours available, and this worked especially well in the famous Adagio (11:08 on the broadcast link). In the outer movements Özusca found great clarity to bring the part writing to life. 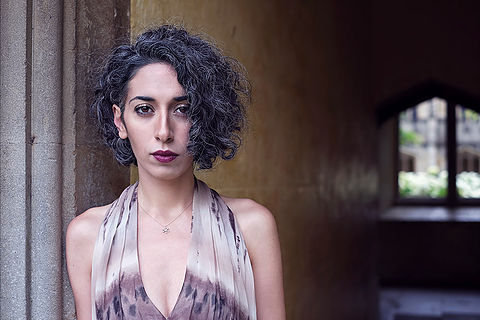 Anna Clyne’s new piece Snake and Ladder introduced electronics to the equation, reminding us how the saxophone is one of the most versatile instruments between classical and rock music. Written for saxophone and distortion pedal, it was an effective and enjoyable piece, though sat at the back of the hall we had what sounded like wow and flutter from the breathing.

This led through a bit of a stylistic jolt to Poulenc’s Oboe Sonata, which appeared to be presented in original form without an arrangement – certainly none was credited. Gillam clearly loves this piece and played it beautifully, though the more plaintive oboe tone from which the third movement especially benefits was understandably more difficult to find (from 30:06). This movement, an elegy to Poulenc’s great friend Prokofiev, is effectively the last music he wrote and as such is very profound. Gillam did however do a brilliant job with the fast central movement (25:56 on the broadcast), with spiky counter thrust from Özsuca, while the first movement had established the mood.

We then heard from composer Rudy Wiedoeft, an American composer who raised the profile of the saxophone worldwide. His Valse Vanite, an original piece, drew on his love of transcribing other composers, and it was as though Chopin had taken a vacation in Harlem. Both musicians clearly have a lot of affection for this piece, and Gillam’s ornamentation was exquisitely done.

A reduced version for saxophone and piano of John Harle’s RANT! followed, this enjoyable and tuneful piece drawing on folk tunes from Gillam’s native Ullswater. That the composer, also Gillam’s teacher, was in the audience said much for the bond and mutual respect the two enjoy.

A soulful Pièce en forme de habanera followed, Ravel leading nicely into Gillam’s party piece. Milhaud‘s Scaramouche is the work she played in orchestral form at the Last Night of the BBC Proms in 2018, though it is arguably more effective in partnership with piano. Özsuca was a little far back in the mix to begin with but the fast movement was still hugely enjoyable, followed by a thoughtful slow movement and perky Brazileira (58:48), Gillam breaking into a grin once more as she played the catchy tune.

The audience would have been happy with this as the final earworm with which to leave, but a bonus was in store in the form of Duke Ellington’s In a Sentimental Mood (not on the broadcast), the encore showing off Gillam’s remarkable breath control in slower music.

This was a really enjoyable concert, and it was so refreshing to see another younger artist throwing off any shackles that classical music might present, and offering it out as music, pure and simple. Proof if it were ever needed that music should be there for everyone to enjoy!

Jess Gillam and Zeynep Özsuca played the following music (with timings on the BBC Sounds broadcast in brackets)::

Some of the music played in this concert can be heard on Gillam’s debut album Rise. This includes the orchestral version of John Harle’s RANT!, and the works by Iturralde, Marcello and Wiedoeft – and of course the finale of the Milhaud:

Gillam’s teacher John Harle has a very impressive recorded legacy, raising the profile of the classical saxophone in contemporary classical music. The Sax Drive album (one in a series of PR own goals when it comes to saxophone album titles!) is well worth exploring for the three concertos it holds from Stanley Myers, Richard Rodney Bennett (his Concerto for Stan Getz) and Michael Torke:

Meanwhile if you liked the music of Milhaud you will find this hugely attractive collection from EMI to be very much your thing: