A typically diverse programme by Southbank Sinfonia; actually two programmes, each of which lasted just over and hour and offered respective showcases for the strings then woodwind of this enterprising outfit – now into the second season of its St John’s residency.

Journeys Through Worlds featured four works by contemporary composers, opening with the energetic and purposeful intricacy of Javier Álvarez’s Metro Chabacano. Inspired by Mexico City’s busiest subway station, it made for an engaging concert opener and a telling foil to the restraint of John Woolrich’s Ulysses Awakes. Obliquely reworking an aria from the opera by Monteverdi, this brought viola and strings into ruminative if at times sombre accord – Peter Fenech drawing no mean eloquence from the solo writing. It may have one of the longest-ever titles, but Diana Burrell’s piece (translating as The vast and wide sea, wherein are things swarming innumerable, both great and small animals) brought the most dissonant music – its densely wrought textures needing scrupulous balance for their inner intensity fully to register.

This it received in part owing to attentive conducting from Owain Park, who went on to direct an impressive account of Philip Glass’s Third Symphony. Free from extra- or, for that matter, ‘other’ musical references, this modest work affords something of a neo-classical conception across its four movements – a moderately paced opener duly making way for a scherzo-like interplay of harmonic and pizzicato writing, then the soloistic writing of a fatalistic chaconne finding real contrast with the vigorous ensemble of a short while pointedly conclusive finale.

Eruptions of Sound and Colour, following a suitable interval, featured Southbank Sinfonia’s woodwind in two decidedly contrasted items. Established both as clarinettist and composer, Mark Simpson packed no mean activity into Geysir – its irresistibly upwards progress aptly evoking those Icelandic hot-springs of its title (which was evidently suggested by composer Simon Holt). These emerge out of an anticipatory calm to which the music at length returns, though the closing bars seem anything but tranquil given the activity that went before them.

Nicholas Daniel directed an assured account of this piece, then had prepared that of Mozart’s Gran Partita which followed (the Simpson having been commissioned for such a purpose). Still the finest and most likely longest work for wind ensemble, it also remains the canniest example of ‘functional’ music raised to a level transcending its ostensible purpose. Not least in the way that its orchestration – pairs of oboes, clarinets, basset horns and bassoons joined by four horns and double-bass – suggests possibilities both profound and far-reaching. It was a testament to the excellence of these musicians one never suspected (or would have noticed has this been a radio broadcast) the absence of any ‘guiding hand’ – such was their unanimity in pursuing the felicity and finesse of what ranks among its composer’s greatest achievements.

It proved a memorable way to close an evening of varied and consistently fine music-making. Southbank Sinfonia is returning to its home venue later this month in a Beethoven double-bill then over the coming months for repertoire established and unfamiliar but always worthwhile.

You can read more about the Southbank Sinfonia at their website. Click on the artist names for more on conductors Owain Park and Nicholas Daniel, while for more on the composers click on the names Javier Álvarez, John Woolrich, Diana Burrell, Philip Glass and Mark Simpson

Vanessa Wagner has been quick to follow up her March release, Study Of The Invisible, where she thoughtfully compiled an album of modern piano music that might be described as ‘minimal’ but which led to a series of inventive and rewarding compositions, imaginatively sequenced.

Mirrored is a collection of studies for solo piano, largely contemplative spaces that leave plenty of room for meditation and a get-out clause from today’s fast-moving world. Normally a listener might associate piano studies with application of technique; functional pieces rather than emotive; but this collection is very much studies in the form of moods and mental images.

Introspective, yet wholly rewarding. Particularly engaging is Wagner’s selection of music by Philip Glass, well-chosen and beautifully played. The Poet Acts is a sombre, thoughtful piece, opening out like an uneasy berceuse. Etude 4 is very different, a turbulent and agitated piece generating a large amount of nervous energy. By contrast Etude 2 is a thoughtful contemplation with a hint of darkness, led as it is by the low left hand, before building to a forceful conclusion.

Ryuichi Sakamoto’s Solitude has a similar profile, though its plaintive right hand melody leads the way. Plaintive is also the word that could be used for Nico Muhly’s Quiet Music, though this has an inner power generated through a soft but meaningful chorale, which makes it sound like a deeply spiritual statement. Melaine Dalibert’s Six + Six has gentle undulations that go on their way in watery figurations, while Sylvain Chauveau adopts a still profile for the simple and meaningful Mineral.

Moondog’s Sea Horses is short but descriptive, an active piece flitting this way and that. A similar freedom is afforded to the right hand in Léo Ferré’s Opus X, where the melody is free to travel up and down in the treble as it wishes.

It does. Once again Vanessa Wagner has chosen a logical and rewarding sequence of pieces, and her affinity with the music of Philip Glass in particular makes these compelling recordings. She has an unusual and vivid sensitivity for this music, creating many different keyboard colours in the course of the collection.

Yes – provided you also have Study Of The Invisible, which is the ideal complement to these pieces.

The ever-inventive Third Coast Percussion have another album in the bag – and they are ready to share Perspectives with us in two weeks’ time.

Furthering the ensemble’s links with Cedille Records, the new album contains four new works, headed by a new four-movement Percussion Quartet from Danny Elfman. This substantial 20-minute work was written for Third Coast Percussion at the behest of Philip Glass, whose Metamorphosis no.1 is next up in an arrangement by the quartet themselves. Electronic composer Jlin has been commissioned to write a new piece, Perspective, a large-scale suite comprising seven contrasting viewpoints. Finally Rubix, a collaboration with flute duo Flutronix, signs off the album with its three sections, Go, Play and Still.

Have a listen to the latest edition of the Cedille podcast, where Third Coast Percussion’s Robert Dillon talks through the album and plays clips from it: 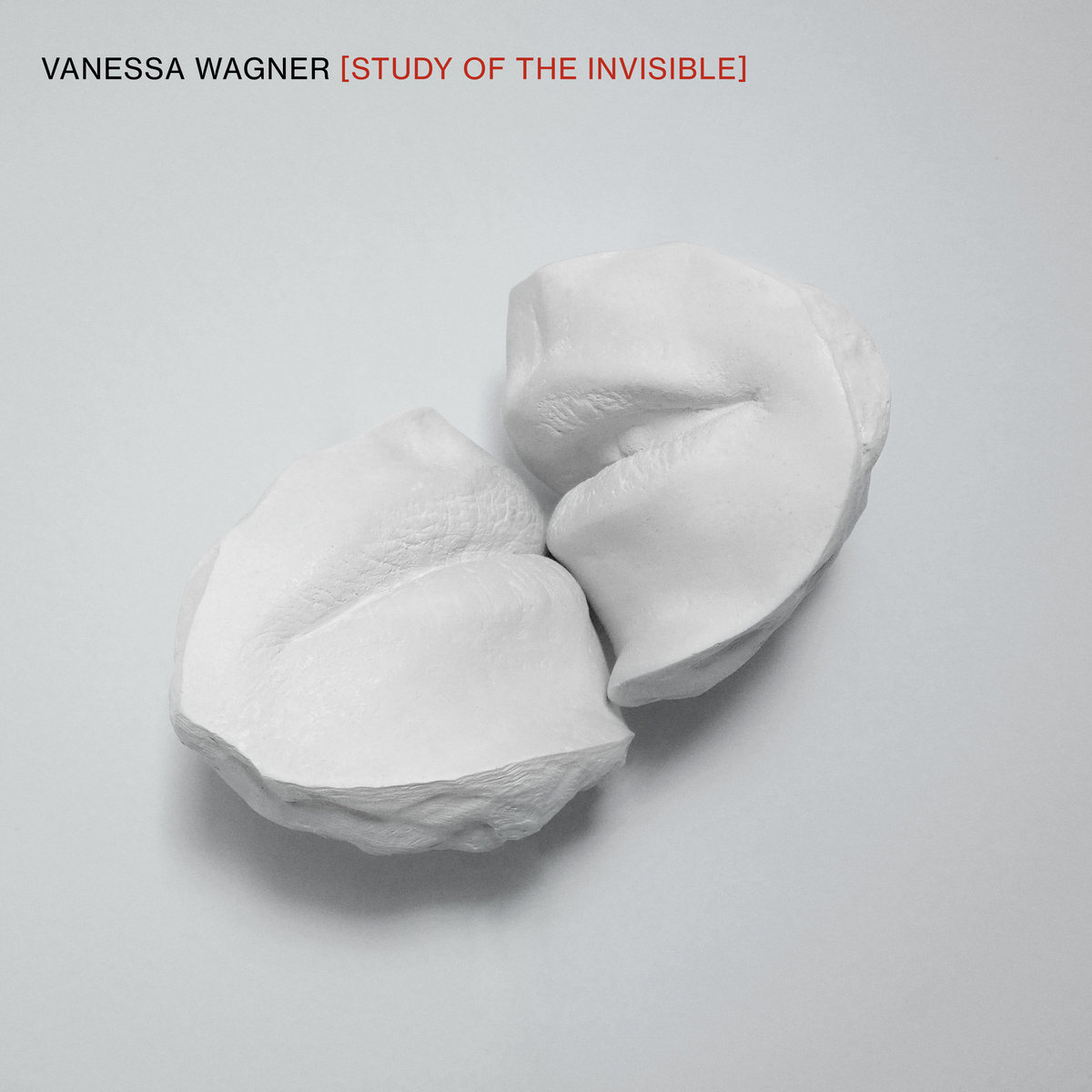 Vanessa Wagner returns with a thoughtfully compiled album bringing together a selection of modern piano music that might be described as ‘minimal’. Her concept is to show how new music can still explore the instrument afresh, using the barest of melodic or harmonic material as its stimulus but finding something substantial within.

The selection here includes works by 14 composers, many of them rare and unpublished.

This is a really inspired compilation, logically ordered and with a natural rise and fall. In the process of the anthology, Vanessa Wagner shows off a wide range of approaches to the piano, from flowing, watery pieces to more percussive interludes. The music might be predominantly slow but Wagner finds its pressure points and releases its emotional energy in full, showcasing some fine compositions in the process.

The rippling surfaces of Suzanne Ciani’s Rain, first in the collection, are a kind of homage to a Debussy Arabesque. Harold Budd’s La Casa Bruja has a slower, more reflective beauty, as does the Brian and Roger Eno collaboration Celeste. Contrast these with the gently twinkling ivories of Bryce Dessner’s Lullaby (Song for Octave), and the thicker brush strokes of David Lang’s Spartan Arcs.

The two Philip Glass selections range from a sombre, deeply felt Etude no.16 to a staccato Etude no.6 that sounds a bit more like a fly buzzing against the insides of a jam jar. Wagner really gets Glass’s phrasing, and the powerful refrain that the piece returns to is forcefully and brilliantly played. Even more dazzling is the following Etude no.3, ‘Running’, by Nico Muhly, its thrilling discourse brilliantly distilled.

Elsewhere Moondog’s flowing Prelude no.1 in A minor casts its eyes towards the past, while Julia Wolfe’s Earring finds striking sounds in the piano’s upper register. Ezio Bosso’s Before 6 complements the activity of the Glass and Muhly Etudes with almost complete stillness, the effect both meditative and moving.

The most striking of the compositions, however, is the album’s centrepiece. Caroline Shaw’s Gustave Le Grey, based on a Chopin Mazurka, starts with clumps of chords and a solemn, slow bass. From these beginnings the piece progresses to contemplation, lost in thought in its centre before a searing expression of feeling, the piano cutting through in Wagner’s intense interpretation. A sense of pathos is evident at the end, a satisfying resolution.

Yes, on many levels. What this compilation also does is somehow highlight the importance of the music of Erik Satie, without including any. Much of the music here is both minimal, interesting and emotional, mirroring the older composer’s achievements in his Gnossiennes and Gymnopédies. Wagner plays this music with great feeling and panache.

Without hesitation. This is a fine creative project, brilliantly scoped and realised. If you want to discover new piano music, here is a whole album’s worth on which to reflect and enjoy.

Rather than post the latest concert review on Arcana, I decided to take some time out to come up with a simple playlist of music I have found helpful to listen to in busy or fraught times.

I have called it Music To Grow To, as it begins with one player (Ravel‘s Menuet antique for piano) and grows to music for two people (Messiaen‘s timeless Louange à l’Éternité de Jesus from his Quatuor pour le fin du temps), then three (Mozart‘s sublime Divertimento for string trio).

Philip Glass‘s restful Company is next, for string quartet, then we switch to wind instruments for the 12-player Serenade by Dvořák, a lovely piece.

Finally a long, contemplative piece that should be experienced live whenever you get the chance! John Luther Adams‘ Become Ocean performs the function of being incredibly immersive, ambient music and it uses the whole orchestra from small beginnings to slow, steady growth.

Give the playlist a try on Spotify below: