Orfeo has put Michael Gielen admirers in its debt with this live performance of Das klagende Lied, a work which this conductor did not tackle with the SWR Symphony Orchestra and so could not be featured in the sixth volume devoted to Mahler of SWR Music’s Gielen Edition.

The almost total dearth of music composed prior to Das klagende Lied makes its appearance the more remarkable, Mahler drawing on a lineage from Schubert, via Schumann and Liszt, to Wagner in a dramatic cantata – to his own text – whose themes of fratricide and vengeance beyond the grave struck a resonance. Its failure to secure the Beethoven Prize in 1881 likely condemned Mahler to years in provincial opera houses; major revision leading to its premiere in 1901 and publication the following year – the first of its three parts having been jettisoned.

Yet it is Waldmärchen, broadcast on Czech radio in 1934 but otherwise unheard until 1970, that most clearly denotes the nature of Mahler’s achievement. The lengthy orchestral prelude resounds with horn-calls and images of nature, and if the initial stages of the narrative reflect the schematic confines of its ballad form, the depiction of the younger brother’s triumph then his death at the hands of the elder brother summons a response of starkest intensity; with that desolate closing section seldom (perhaps never?) equalled for its depiction of innocence lost.

The remaining parts are more concentrated in their unfolding, while no less focussed in their emotional acuity. Der Spielmann relates said minstrel’s unwitting discovery of the murder through a tense intermezzo that more nearly touches on Mahler’s future symphonic thinking, while Hochzeitstück affords the greatest emotional contrasts as it moves from evoking the wedding festivities, via the stealthy revelation of the elder brother’s guilt, to a violent climax then postlude that renders such events from a vantage no less tragic for its otherworldly calm.

At the time of the present performance, Das klagende Lied was only performable in a hybrid of the first part with the revised second and third parts. Publication of the original scores of these latter two in 1997 should have made for a straight choice between the 1880 original or the 1899 revision, but most subsequent hearings have still opted for the earlier compromise – regrettable, given Mahler amended the latter parts so these could be heard without reference to what had once gone before. Not that this should inhibit appreciation of what is heard here.

It does, thanks to Gielen’s intent in endowing those narrative and – latent – symphonic facets of this score with an unforced equilibrium. Of the vocalists only the soprano’s rather fluttery tone affords reservations, the Wiener Singakademie despatches Mahler’s resourceful choral writing with relish, and the Vienna Radio Symphony Orchestra sounds fully attuned to an orchestration whose keen originality doubtless unnerved his elders at its time of completion. Immediate yet sympathetically balanced sound faithfully conveys the ambience of the Konzerthaus acoustic.

Very much so. Those wanting the piece as Mahler conceived it should acquire Kent Nagano’s account (Erato), or head to Pierre Boulez’s remake (DG) for the two-part revision. Otherwise, Gielen’s amalgam could well be considered the first choice for this so often astounding work.

You can get more information on the disc at the Orfeo website, or purchase from Presto. 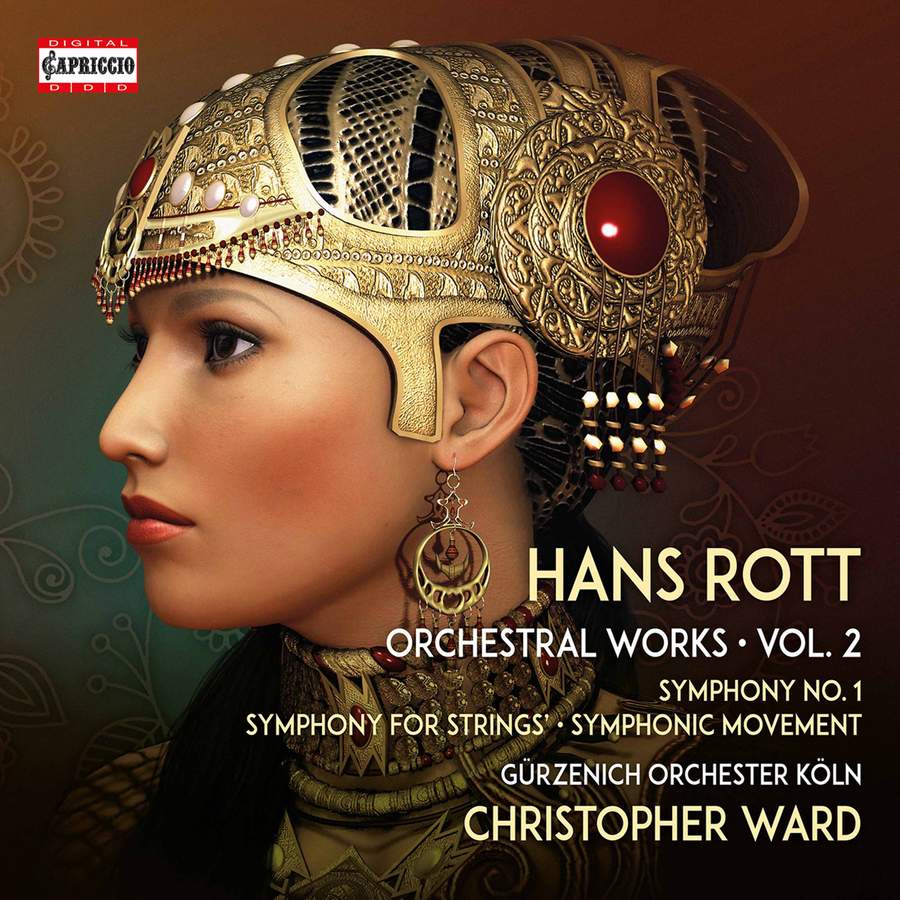 Capriccio releases its second volume devoted to orchestral music by the Viennese composer Hans Rott (1858-84), including a further recorded outing for the Symphony that was destined to remain his only fully realized mature work and on which his posthumous reputation rests.

Much is well known about the circumstances of Rott’s only completed symphony – namely its failure to secure a performance in his lifetime, being lauded by his younger contemporary Mahler (who alluded to it in at least four of his own symphonies) and its premiere 105 years after his death. That other composers in and around Vienna studied the score – elements are audible in Bruckner’s Seventh of 1883, even Franz Schmidt’s First of 1899 – is testament to its formal and expressive acuity in attempting to define a symphonic concept for the future.

Rott had produced a preliminary version of the opening movement which, recorded here for the first time, features the same themes in a relatively stolid entity that became more fluid in revision. The trumpet melody proves totemic for the whole work, as does Rott’s pervasive use of triangle as an ambient rather than merely textural device. Its preludial nature is reinforced by the emotional raptness of the adagio, twice building to intense climaxes that are eloquently rendered here, while leaving no doubt as to the composer’s harmonic and polyphonic mastery.

The highlight, though, is surely the scherzo – its elaborate design exuding rhythmic flair and a contrapuntal dexterity to the fore in this performance, with a frisson of excitement when the music threatens to career out of control in the closing pages. The finale’s ambition might not quite be equalled by its execution, but it does not prevent this heady amalgam of ruminative introduction that leads to a majestic prelude and fugue, then on to a fervent peroration, from aspiring to a transcendence it very nearly grasps. What might Rott have achieved forthwith?

By contrast, the Symphony for Strings is very much the product of a gifted student happy to emulate the string serenades of now little-heard minor masters such as Volkmann and Fuchs. That said, its trenchant opening Allegro then elegant slow movement are ably conceived in their writing for solo and ensemble strings, and if what follows equivocates between scherzo and finale (a fourth movement being summarily abandoned), it rounds off in lively fashion a piece that gives notice of Rott’s proficiency if little indication of a trailblazer in the making.

Yes, inasmuch the Symphony requires a considerable level of intervention by the conductor to make it cohere as an integral entity. This it duly receives from Christopher Ward – cannily underlining thematic continuity across the whole, so that Rott is vindicated in what can seem reckless attempts to secure cohesion in the face of some disjunctive episodes. The Symphony for Strings presents few problems, with Ward bringing out various textural and phrasal points of interest. In both pieces, the Cologne Gürzenich musicians play to their collective strengths.

Indeed, those new to the Symphony should make it their choice of eight recordings. Vivid if rather airless sound, and detailed notes by Christian Heindl. Until more emerges of a putative ‘Second Symphony’, these discs would seem to be the last word on Rott’s orchestral output.