A belated though most welcome addition to those releases marking the centenary of the birth of Bernd Alois Zimmermann (1918-70), the Cologne-based composer whose singular music has gradually gained in recognition during the almost half-century since his untimely demise.

One of Zimmermann’s earliest successes, the Violin Concerto emerged out of a Violin Sonata from two years earlier. Most distinctive is the central Fantasia, whose rapt intensity (notably in its closing pages) is thrown into relief by the movements either side – a vehement opening Sonata with antecedents in Hindemith and Hartmann, then a final Rondo whose element of rumba duly adds to the heady abandon. Leila Josefowicz (who gave a memorable account of the Sonata at Wigmore Hall – reviewed by Arcana here) touches all the expressive bases for this impressive reading.

It was with his opera Die Soldaten that Zimmermann fully came into his own as a composer. Its gestation (1957-65) was a protracted one, during which the dramatic concept was radically overhauled without diluting the music’s emotive power. Intended to demonstrate the latter’s practicability (along the lines of Berg’s Lulu Symphony a quarter-century before), this Vocal Symphony comprises scenes from the first two of four acts in which the ultimately tragic fate of merchant’s daughter Marie at the hands of a brutal military class is set in motion.

Among the six soloists, Anu Komsi and Hilary Summers stand out for their security in the acrobatic vocal lines, while without eschewing more tangibly human expression. Yet it is in the purely orchestral episodes where Zimmermann’s increasing radicalism comes fully into focus – the Preludio with its melange of competing textures over the remorseless tread of drums; then the Intermezzo during Act Two – the simultaneity of action onstage mirrored by a layering of musical events with Zimmermann’s trait of timbral contrast rendered at its most visceral.

By the time of the ‘prelude for large orchestra’ that is Photoptosis, the composer’s idiom had found even greater power and concentration – evident in the textural stratification of its outer sections as they build from fugitive unease to assaultive violence. Between them, an interlude of half-remembered quotations and allusions ranges from the provocative to the inane – as if to confirm that remorseless ‘closing-in’ of the musical past on that of the present, and thereby denying any purpose for a creative future such as overcame Zimmermann in his final years.

Yes, and not least when the performances are as perceptive as they are here. Both the Violin Concerto and Photoptosis have been recorded several times, not least by Thomas Zehetmair (ECM) and Karl-Heinz Steffens (Capriccio), though these new accounts would now be first choices. The Soldaten-Symphony has had no previous commercial recording (live readings by Hiroshi Wakasugi in 1978 and Peter Hirsch in 2014 can be heard on YouTube), making this an essential addition to the Zimmermann discography aside from its artistic excellence.

Indeed. Hannu Lintu draws a committed response from his Finnish Radio Symphony players, recorded with unstinting clarity and the programme afforded context by a thoughtful booklet note from Mark Berry. An impressive release with which to mark Zimmermann’s centenary.

You can read more about this release on the Ondine website

A welcome (and timely!) release of three major pieces by Colin Matthews, who celebrated his 70th birthday last year and whose involvement – as producer and promoter – in British contemporary music has sometimes obscured his considerable contribution as a composer.

The three works offer a viable overview of Matthews’s orchestral output over two decades. Earliest is Cortège – written for the Orchestra of the Royal Opera House and its then Music Director Bernard Haitink, and a notable instance of the Mahlerian strain in this composer’s thinking. Unfolding over an inexorable tread, this diversifies incrementally for a convulsive central section as duly brings an intensified resumption of the initial music and an explosive culmination before subsiding into nothingness. Under Riccardo Chailly, the Concertgebouw gives an impressive account of a ‘processional’ such as has featured prominently in modern British music (Birtwistle’s The Triumph of Time and John Pickard’s Channel Firing come immediately to mind), and which here sustains its monumentality with impressive purpose.

Although by no means an understated piece, the Second Cello Concerto is appreciably more varied in mood and diverse in its formal construction. Its five movements play continuously – the angular central ‘Scherzo’ framed by two ‘Song without text’ movements of an arioso-like expressiveness; these, in turn, are flanked by a ‘Declamation’ whose recitative-like austerity is transmuted in the final ‘Resolution’ towards an incisive resolve. Written for and premiered by Mstislav Rostropovich (whom memory recalls played it rather poorly), the piece finds an admirable exponent in Anssi Karttunen, who audibly appreciates the underlying subtlety of a conception more ‘concertante’ than ‘concerto’ in its emphasis. Hopefully this belated release will encourage further hearings of one of the finest such works from the past quarter-century.

The most recent piece here, the Violin Concerto (2009) was commissioned by Birmingham’s Feeney Trust, whose portfolio amounts to a fair conspectus of post-war British music – one to which this concerto is a notable addition. Its harmonic basis may stem from Mahler and Berg but its rhythmic incisiveness, notably the tensile solo writing, recalls Prokofiev and Walton. The first of two movements elides twice between slower and faster material with understated intent, so allowing its successor to open-out expressively via an acceleration from measured intensity to headlong propulsion at the close. The work is finely realised by Leila Josefowicz, her rendering of a solo part virtuosic for all its lack of display highlighted against an orchestra which features a diverse percussion section and duly yields an enticing interplay of sonorities.

Yes. Matthews has long been a composer fighting shy of stylistic straitjackets, with the result that his diverse output sometimes lacks focus or consistency. Not so the three pieces featured here, demonstrating a keen handling of form and an equally well-integrated expressive range.

Indeed. The sound leaves little to be desired, while the booklet notes are informative and not unreasonably enthusiastic. A pity, even so, that it has taken so long for at least two of these recordings to be made available: musicians and listeners alike need to be aware of this music. 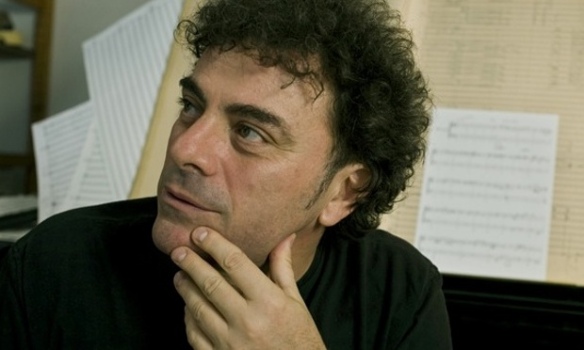 What’s the story behind the piece? 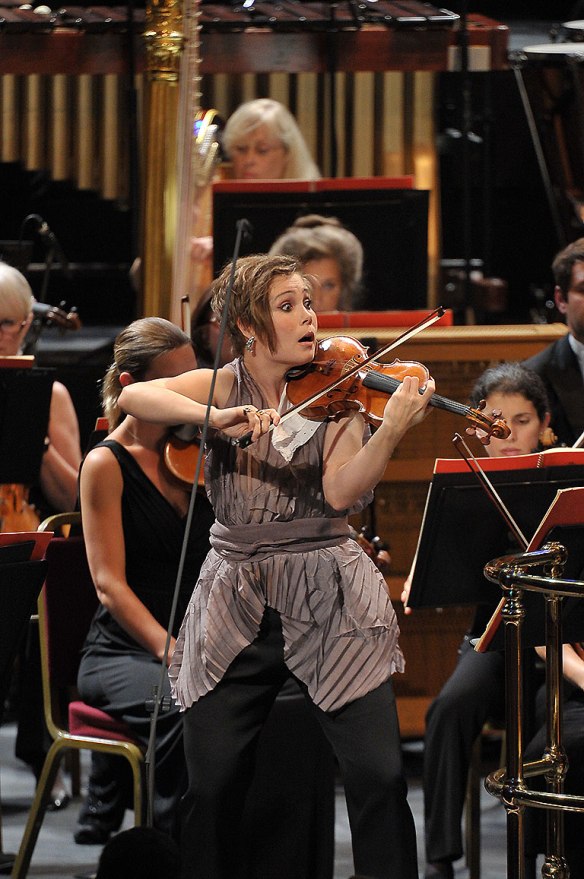 “Historically”,– says Luca Francesconi, “duende is the demon of flamenco. As Federico Garcìa Lorca explains, it is a subterranean force of unheard-of power that escapes rational control. To recover a primitive force in the instrument that perhaps most embodies the history of the West it is necessary to make a perilous descent into the underworld of dark notes, or a flight beyond the orbit of the earth. Which amounts to the same thing. Extremely difficult. But without duende we remain bolted to the ground.”

Leila Josefowicz, the violin soloist, has expanded on ‘duende’. “We acknowledged that we both have Duende, which cannot be learned…this is something we knew we could share with the world, he with his composition and me being the interpreter and musical messenger. I appreciate his incredible musical imagination, his scores bursting with colour and drama”.

Francesconi, born in 1956, has studied with both Karlheinz Stockhausen and Luciano Berio. His chamber opera Quartett, about the end of the world, was heard at the Royal Opera House in 2014.

This is a striking piece, right from the start, where the violin begins with some feather light string crossing at a very high pitch, seemingly evoking night time insects or other sounds. There are some incredibly taxing passages for the instrument early on, which Josefowicz is completely equal to.

There is some frenetic activity both from violin and orchestra, but at around 7 minutes in the violin really soars, making a rather beautiful sound easily audible even above the glinting, treble-heavy accompaniment.

Around 13’10” there is a notable gear change, the violin digging in for some seriously virtuosic and demonic passages. Then at around 17” a slow, nocturnal atmosphere asserts itself, with various whistles and clicks from the violin to long-held notes from the orchestra.

I found it a little more difficult to hold attention with the piece in the closing stages, but it is doubtful that is the fault of the composer. A second hearing will confirm!

Where can I hear more?

You can watch a performance of the Piano Concerto no.2, completed in 2013, below: