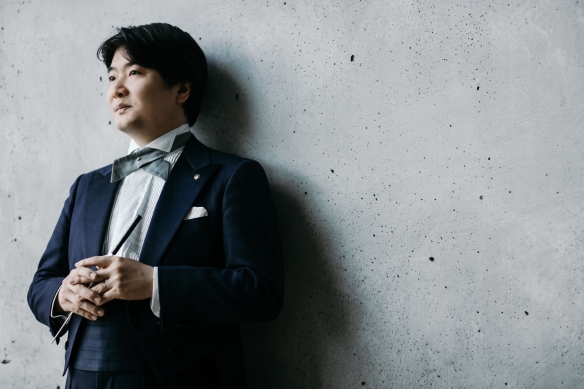 It is hardly an understatement to say that the concerts given each season by the CBSO Youth Orchestra are frequently among the most enterprising and engaging of all those to be heard in Symphony Hall, with this afternoon’s event under Kazuki Yamada proving no exception.

A contrasted pair of tone poems comprised the succinct first half, beginning with a welcome revival of Toru Takemitsu‘s Dreamtime. Conceived as a dance piece for Netherlands Dance Theatre, this is typical of the music from its composer’s maturity in its dissonant (but rarely abrasive) harmonies and its diaphanous textures. Both of these were fully in evidence, with Yamada also mindful to instill a sense of cumulative unfolding as ensures cohesion in music that can easily drift or lose focus. Suffice to add there was little sense of that happening here.

Takemitsu was not a composer given to the humour (ironic or otherwise) permeating Richard Strauss‘s Till Eulenspiegel, heard in an account that initially felt a little stolid in its depiction of that prankster from the Middle Ages; but which soon gained in conviction over the course of Till’s encounters monkish, amorous and social on the way to a vivid depiction of his trial and execution – with its irrepressible pay-off. Assured playing by woodwind and brass were the highlights of a reading to remind one of just how technically exacting this music remains.

112 years on from its premiere and Elgar‘s First Symphony exudes a very different if equally unequivocal virtuosity, such as happily held few fears for these musicians. Japan has a noted line of Elgar interpreters (not least the conductor Tadaaki Otaka), and Yamada demonstrated his credentials with a taut while never inflexible take on the lengthy opening movements – its indelible ‘motto’ theme eloquently and un-fussily rendered, then the main Allegro securing an almost ideal balance between anxiety and rumination across music which strives without ever regaining that calm assurance whose glimpses become the more affecting for their transience. No less impressive was Yamada’s handling of the coda as this winds down towards becalmed resignation, abetted by playing of exquisite finesse from the CBSOYO woodwind and strings.

There was little to fault in a scherzo that alternated the incisive and the wistful with unforced rightness, and how unerringly Yamada judged its transition into an Adagio that, less moulded than it often is, yet unfolding seamlessly towards its serene close. Not that there was anything bland or uninvolving about this music, or a finale that (rightly) followed with minimal pause; the barely suppressed expectancy of its introduction heading into an Allegro whose impetus hardly faltered. Strings never sounded fazed by the contrapuntal intricacy of its development, while brass came into their collective own during an apotheosis where the re-emergence of the motto theme evinced a triumph shorn of bombast or self-regard; the closing bars setting the seal on a performance of a maturity the more remarkable given the age of its exponents.

Elgar One has over the years come in for more than its fair share of objections to its supposed overtones of jingoism and self-gratification. That there was nothing of that here was tribute to Yamada in his drawing so ardent and insightful an interpretation from the CBSOYO players. 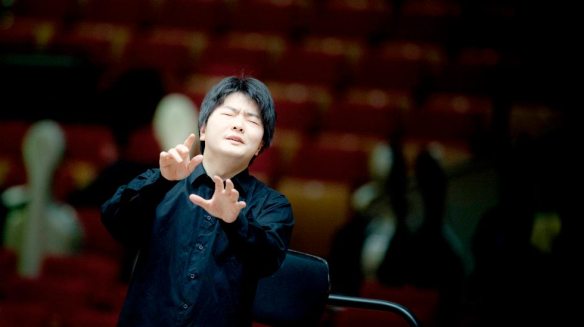 Spending parts of their careers under two of the most potent dictatorships this past century, Shostakovich and Respighi might not appear to have much else in common – so all credit to Kazuki Yamada for making the juxtaposition work so effectively for this evening’s concert. 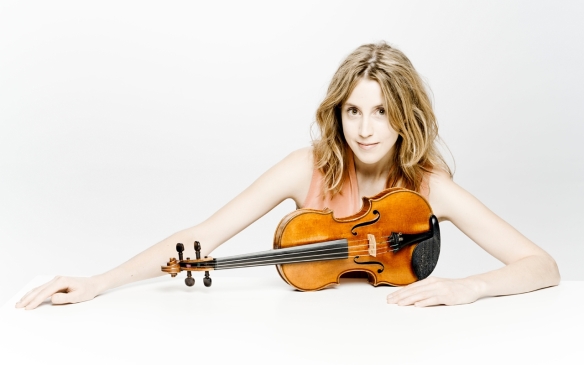 Never planned as a symphony, Shostakovich’s First Violin Concerto is the most symphonic of his six concertante works and responded accordingly to Vilde Frang’s long-breathed while highly involving approach – whether in the introspective probing of the Nocturne (Graham Sibley deftly lucid in the obligato tuba part) or folk-infused fervency of the Scherzo, then a Passacaglia of wrenching eloquence; its speculative postlude giving rise to a cadenza whose cumulative impetus was carried over into the final Burlesque with its irresistible high-jinx then sprint towards the end where soloist and orchestra very nearly finished in sync. Typical, moreover, of this most self-effacing among present-day virtuosi that Frang evidently had no intention of providing an encore – so completely was her performance its own justification.

Hard to imagine the mature Shostakovich setting much store by the orchestral pyrotechnics of Respighi’s Roman Triptych – yet these heady evocations of time and place in the Eternal City remain audience pleasers of a high order, especially when scheduled as this ‘triple whammy’.

Beginning with Roman Festivals might risk premature overkill, but Yamada brought out the ceremonial fervour of Il Giubileo as surely as the teasing playfulness of L’Ottobrata with its journeying forth and amorous encounters. Yamada’s unbridled enthusiasm rather got the better of him in the imposing if unruly climax of Circences, while the CBSO sounded just slightly inhibited during the all-out celebrations of La Befana – its melee of colliding tunes and textures lacking the subtlety that Respighi instils into even his most uproarious passages.

As the late Gerald Larner pointed out, Fountains of Rome pre-dates the incipient era of Italian grandiloquence. Yamada allowed full rein to the effervescent joy of Triton at Morning, then dazzling majesty of Trevi at Midday – its prolonged evanescence hanging as if suspended in Symphony Hall’s ambience. The outer evocations felt less successful, Valle Giulia at Dawn too passive to be alluring and Villa Medici at Sunset lacking pathos (an offstage bell might have helped), yet the delicacy and suppleness of their melodic lines could hardly be gainsaid.

On to Pines of Rome and Yamada was again at his most perceptive in those central episodes – Near a Catacomb yielding a baleful anguish (offstage trumpet judged to perfection), then At the Janiculum bringing rapture without coyness and a closing string tremolo hardly less exquisite than the nightingale above it. Of the Villa Borghese seemed almost too fractious to be exhilarating, but while Yamada set slightly too rapid a tempo for On the Appian Way, the final peroration (organ and additional brass right on cue) was nothing if not resplendent.

Not a triptych for all occasions but a feast of scintillating sonority and one to which the CBSO responded with panache. Principal guest Yamada returns on Sunday afternoon at the helm of the CBSO Youth Orchestra for a varied programme that closes with Elgar’s First Symphony.

Here is a Spotify playlist of music from the concert. The CBSO have not recorded these works before but these are fine alternatives: 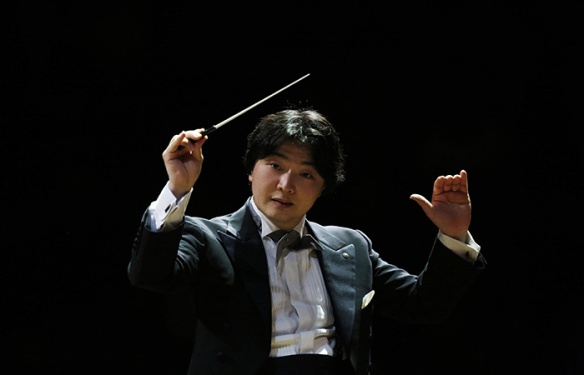 Although 173 years have passed since it first echoed around the Town Hall, Mendelssohn’s oratorio Elijah remains synonymous with Birmingham’s cultural tradition. Performances may be fewer than in its 19th-century heyday but there have been memorable ones – not least that in 1989 with Raphael Frühbeck de Burgos, for whom this piece was a speciality – and tonight saw a memorable account by the City of Birmingham Symphony Orchestra‘s principal guest conductor Kazuki Yamada, who duly banished any notions of this being a mid-Victorian period piece.

Whatever his failings on a broader aesthetic level, Mendelssohn was nothing if not creatively pragmatic when it came to a big occasion, and Elijah accordingly fulfilled its remit. Whereas the composer’s earlier oratorio St Paul had given notice of his abiding interest in the Passions of Bach, here he drew on the exemplar of those biblical epics through which Handel shaped English musical taste over the ensuing 150 years; enhanced by the rhythmic poise of Mozart and the harmonic subtleties of Beethoven to result in music wholly representative of its era. 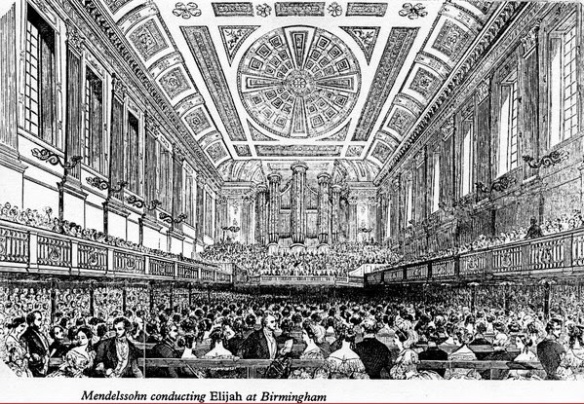 Structured in two parts of almost equal duration, Elijah charts the trials of its eponymous hero as he draws the Israelites away from the pagan enticements of Baal and back to the true faith before himself ascending on a fiery chariot to Heaven. Julius Schubring‘s text (as sung in the idiomatic translation by William Bartholomew) fashions out of Kings and associated biblical sources a framework whose emotional rhetoric is balanced by a keen underlying momentum and unfailing sense of when to open-out the narrative to allow for more intimate expression.

The score implies eight soloists, but the four on hand (the brief role of ‘The Boy’ affectingly taken by chorus soprano Ella McNamee) proved more than able. As Elijah, Matthew Brook conveyed the anguish and the ecstasy of his part with unwavering assurance, while Robert Murray overcame initial strain to give commanding portrayals of his advocate Obadiah and detractor Ahab. Keri Fuge brought due pathos to the Widow, with Karen Cargill eloquent as the Angel – having stolen the show as the Queen who vents her wrath in unequivocal terms.

As with most of its forerunners, of course, Elijah is defined by a choral contribution in which the CBSO Chorus was not found wanting. Having recently sung the work with Yamada (and these soloists) in Monte Carlo, it conveyed the anger and supplication of the forsaken People with audible conviction, while being no less assured in those intricate choral items by which Mendelssohn frames and punctuates the drama. If choral numbers were appreciably less than the composer might have expected, then this was undoubtedly a case of less equalling more.

Neither should there have been any surprise as to the degree of Yamada’s identity with this music. Japan has produced notable exponents of Mendelssohn’s oratorios, with the present conductor evidently following in their wake. If those choruses ending each half summoned not quite the intensity evinced by Frühbeck all those years ago, the clarity and incisiveness he drew from both chorus and orchestra was hardly to be gainsaid – so setting the seal on a memorable reading of a work sure to wear its Birmingham credentials well into the future.

(Ben Hogwood writes…) Among the many available versions of Mendelssohn’s great oratorio, sadly none of these appear to yet include the City of Birmingham Symphony Orchestra – though one wonders if an extension to their Mendelssohn in Birmingham series will be forthcoming under Edward Gardner.

Spotify does however have a recent recording of Elijah from the Gabrieli Consort & Players under the direction of Paul McCreesh, with Robert Murray once again in the roles of Obadiah and Ahab. The organ itself was recorded in Birmingham Town Hall: